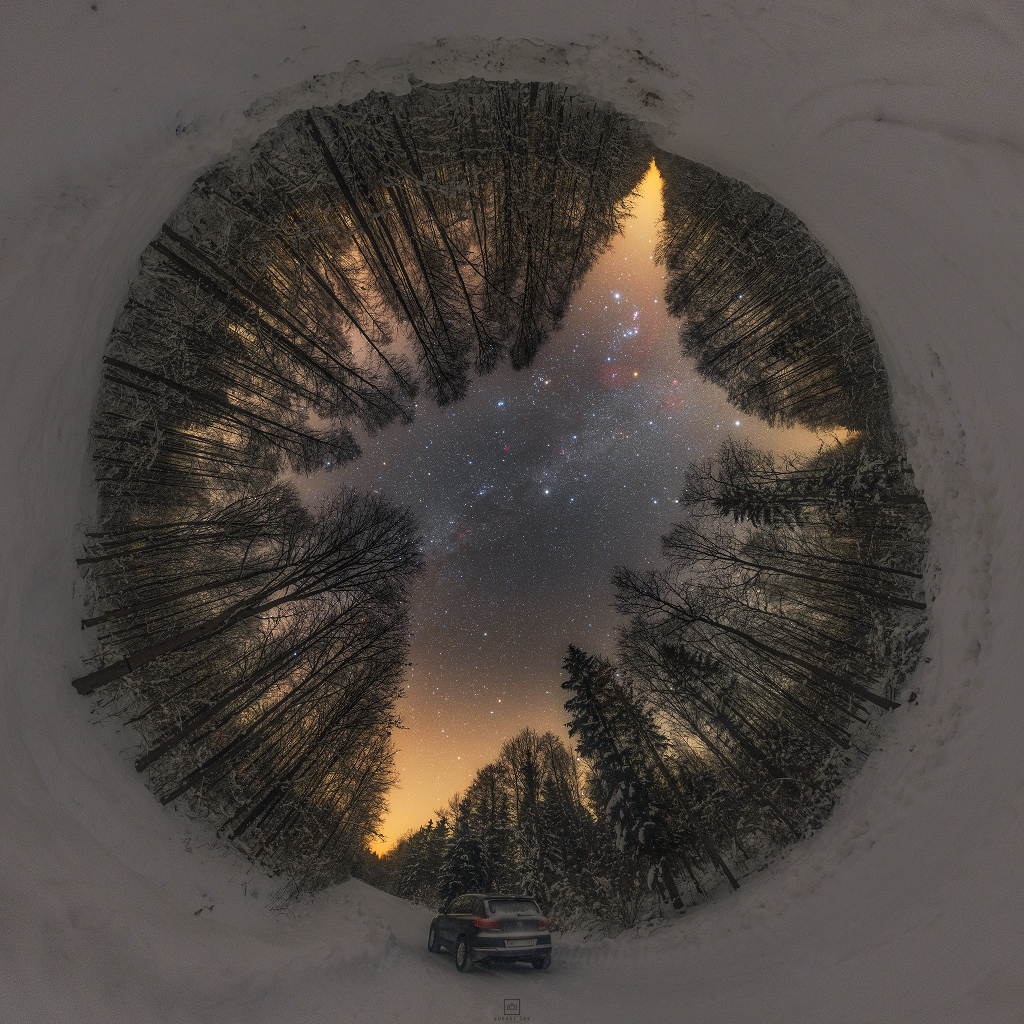 Snow blankets the ground in this serene forest and sky view. Assembled in a 360 degree panoramic projection, the mosaicked frames were captured at January’s end along a quiet country road near Siemiony, northeastern Poland, planet Earth. The night was cold and between trees reaching toward the sky shine the stars and nebulae of the northern winter Milky Way. Near zenith is bright star Capella, a mere 43 light-years above the tree tops. Alpha star of the constellation Auriga the Charioteer and part of the winter hexagon asterism, Capella is a well-studied double star system. Follow the Milky Way above and right of Capella and you might spot the familiar stars of Orion in the northern winter night. via NASA