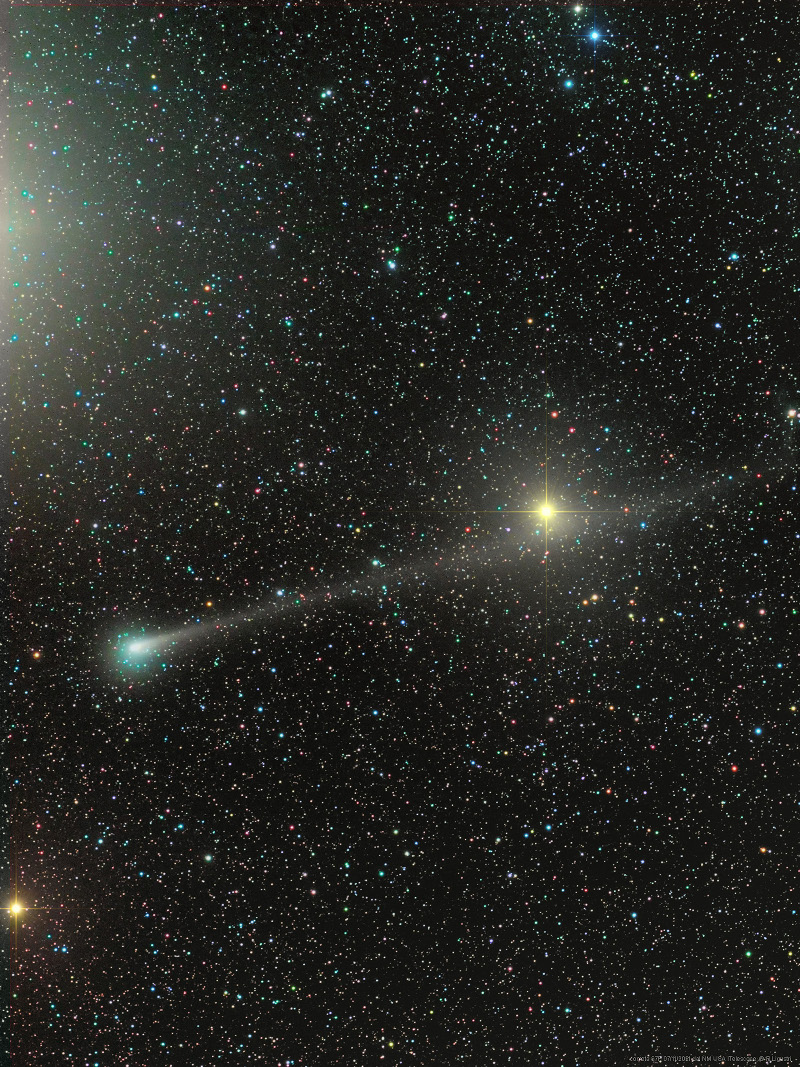 Returning along its 6.4 year orbit, periodic comet Churyumov-Gerasimenko (67P) is caught in this telescopic frame from November 7. Sweeping past background stars in the constellation Gemini the comet’s dusty tail stretches toward the upper right to Upsilon Geminorum. Also known as Pollux, Beta Geminorum, Gemini’s brightest star, shines just off the upper left edge of the field-of-view. Churyumov-Gerasimenko reached its 2021 perihelion or closest approach to the Sun on November 2. At perigee, its closest approach to planet Earth on November 12, this comet was about 0.42 astronomical units away, though it remains too faint to be seen by eye alone. The well-studied comet was explored by robots from planet Earth during its last trip through the inner solar system. It’s now famous as the final resting place for the historic Rosetta spacecraft and Philae lander. via NASA